Photographers Mark Ruwedel and Chelsea Mosher discuss mentorship, Southern California landscape, and their own art practice. Chelsea Mosher, who grew up in Portland, Oregon, was a graduate student at California State University, Long Beach, where she studied with Mark Ruwedel. Her recent work explores the landscape of the Los Angeles Harbor.

MR: Even when you’re in your graduate thesis work, the territory in which we photograph overlaps, that seems interesting to me. I was thinking, what’s different?–and of course a millions things– but one of the things is, you photograph a lot in orchards, in the Inland Empire area, and I photograph in Orchards too, but only if all the trees are dead. And I thought, that might illuminate some conceptual differences between the two projects.

CM: Moving from the Pacific Northwest to Southern California dramatically altered my sense of being in the world. In graduate school there was pressure to make certain work; studio, digital, ext., and I remember going out to make pictures [in Southern California] and continually being amazed that what I discovered in the world was infinitely more interesting than what I could make in the studio.

MR: My friend, Roger Mertin, described this difference as, “trying to make a picture, versus trying to find the picture in the world.” The different approaches this idea represents was crucial for me in trying to figure out what kind of artist I wanted to be. That whole idea of the studio versus the field was one of the reasons photography became more interesting to me than painting, I didn’t really want to be in the studio.

MR: For many years I told people that I was a Landscape Photographer, but now I just say I’m an artist, I don’t want to give them too many clues…Do you consider yourself a landscape photographer?

CM: I struggle with that term, “landscape photographer”, because I think it also has a colonizing history–and I love how works you’ve made such as “Westward” go and critique those projects, like the geographical landscape surveys. But something I am decidedly not, is someone who makes portraits of people. I might be making work of a place that refers to a particular history, but I’m not interested in photographing people.

CM: Thinking about the Palms/Capri apartment pictures that you’ve made–the post-war housing in Los Angeles– were these made in the style of documentary?

MR: Those pictures come directly out of other work I’ve made, following Ed Ruscha’s photobooks. It’s a surprise to me that almost all the buildings he photographed in the 60’s are still standing. The other aspect of that work is my interest in place names, which is a big part of my landscape work. The Palms/Capri work was in the recent exhibition at Gallery Luisotti, alongside your recent work: I believe all three are closeups of netting in the Los Angeles Harbor. Would you consider those landscape photographs?

CM: Yeah, they’re landscape photographs, they’re also photographs. When I started making work in the Harbor, I started with the nets. I’m interested in the nets because they’re sometimes there and sometimes not; they are continually reconfigured, rewrapped, pulled out to dry in the sun. But as I’ve continued to make pictures in this place, I am trying to deal with the space around the nets. It’s visually complicated for me, and I feel that I am not done with this work yet. 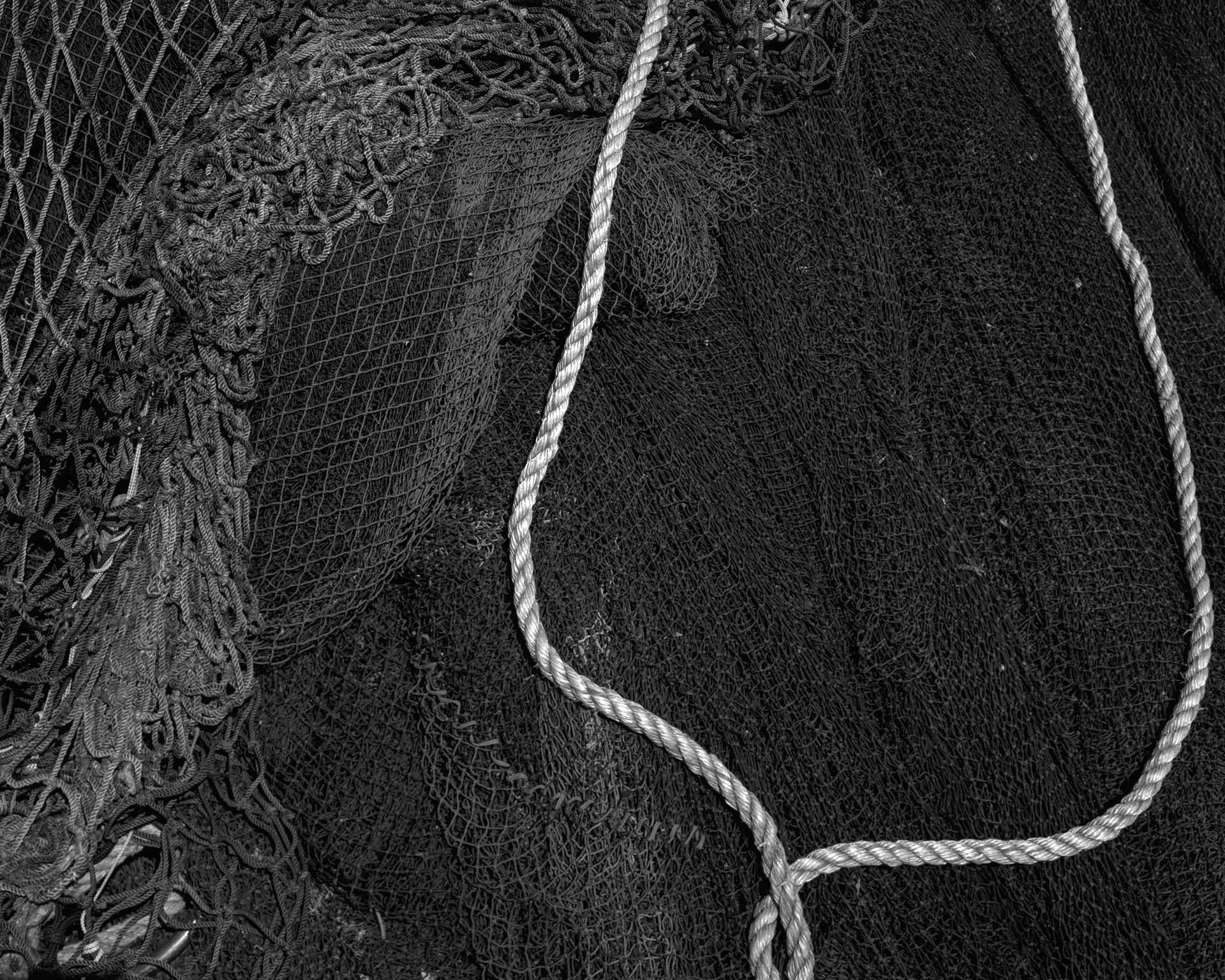 MR: What was interesting about the exhibition, Southland, we are referring to, was the range of work, which far from exhausted the visual possibilities of the city. Your pictures of the nets fit right in, but looked like no one else’s work. It would be really interesting to see a large exhibition of current Los Angeles photography that is about the city. The thing about Los Angeles is that it never did and it never will have an Atget, its too big for any one person to account for in their work. So we can all just do core samples.